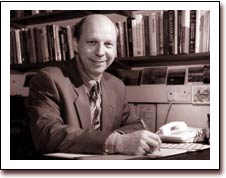 Dr Chris Singleton is a Chartered Psychologist, Senior Lecturer in Educational Psychology, and Director of the Psychological Assessment Unit at the University of Hull. His main research and professional interests are in the development of literacy and the identification and education support of children, students and adults with dyslexia or other learning problems. He was chairman of the National Working Party on Dyslexia in Higher Education, which investigated the assessment of, and provision for, dyslexics in higher education, and which in 1999 published national guidelines for universities on behalf of the Higher Education Funding Councils for England and Scotland. The report of this Working Party is now widely regarded by universities, colleges, Local Education Authorities and the Department for Education and Skills (DfES) as the standard authority on assessment of, and provision for, dyslexics in higher education in the UK as a whole. He is currently a member of a new working party convened by the DfES, which is updating the guidelines for assessment of dyslexics at university level. He has been a committee member of the British Dyslexia Association for over 10 years and from 1995 – 2000 he was chair of the Disabilities Committee of the University of Hull.

The Psychological Assessment Unit of the University of Hull employs four trained psychologists under Dr Singleton’s direction, who carry out several hundred psychological assessments of children, students and adults for dyslexia and other learning difficulties every year, for educational, medical, legal and occupational purposes. Dr. Singleton has also been a psychological consultant to the Dyslexia Institute, the British Dyslexia Association and the Helen Arkell Dyslexia Centre in Surrey, the National Association for Special Educational Needs (NASEN), the National Bureau for Students with Disabilities (SKILL) and BECTa (formerly National Council for Educational Technology). He regularly provides training nationally for psychologists in assessing adults for dyslexia, with major clients including the Royal Air Force and National Police Training.

In research Dr. Singleton is internationally known for his pioneering work that resulted in the development of the first computer-based systems for assessment of dyslexia, known as CoPS (Cognitive Profiling System), LASS and LADS, which are now used in over 6,000 schools and colleges in the UK and in many other countries. He is author of over 100 scientific articles on dyslexia and the development of literacy, as well as author/editor of four books, including ‘Computers and Dyslexia’ (1994) and ‘Psychological Assessment of Reading’ (1997). Dr. Singleton has been keynote speaker on the assessment, diagnosis and support of dyslexia in children, students and adults at many international academic and professional conferences, including events held in USA, Sweden, Norway, Denmark, France, Italy, Brazil, Cyprus, Poland, Switzerland and Greece. From 1996–2000 Dr Singleton was Editor-in-Chief of the international academic publication ‘The Journal of Research in Reading’, for which he remains a Co-Editor. He is also a member of the British Psychological Society’s Committee on Test Standards.

IPS is planning a Geneva training day 2005/6 on Dyslexia and Multilingualism with demonstrations of the latest IT resources - details will be published here when confirmed. This training day will be of special interest to learning support teachers whose pupils attended the Dyslexia Summer School.

By subscribing to our mailing list you will receive regular e-mail updates on our special publication offers, information on our conferences and training days, (both in Europe and further afield), and website updates. We don't need any personal details, and your e-mail address will be kept totally confidential. You may unsubscribe quickly and easily at any time.

Links of the month

- The professional association and trade union for educational psychologists in the UK.

The Association for Child and Adolescent Mental Health

- formerly the Association for Child Psychology and Psychiatry

- With over 42,000 members, the BPS is the representative body for psychologists and psychology in the UK.